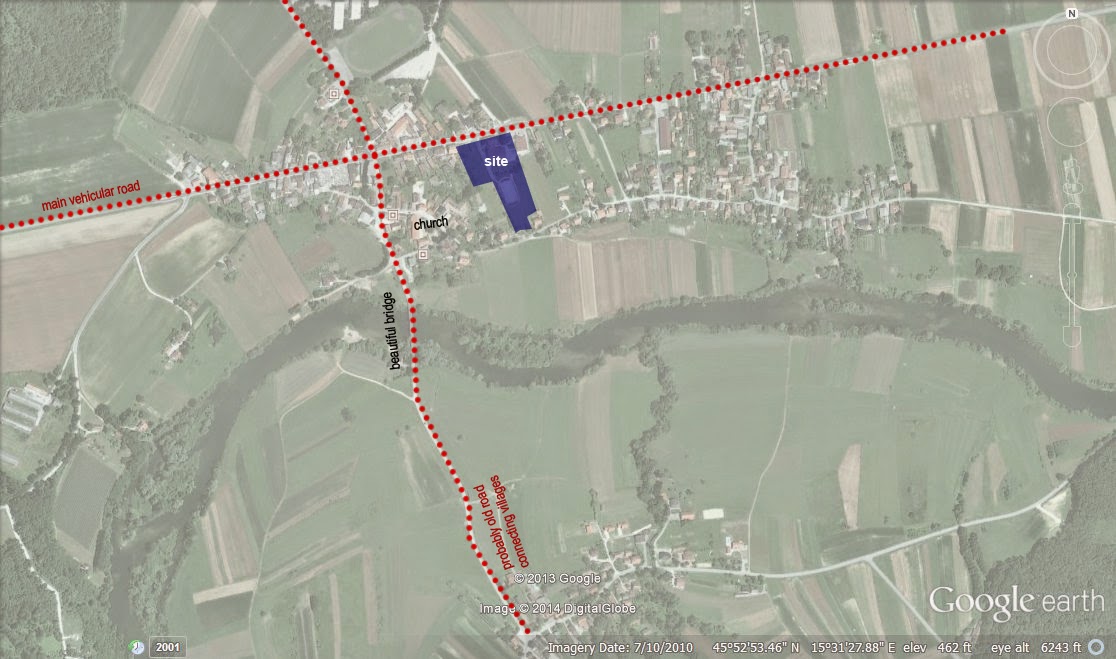 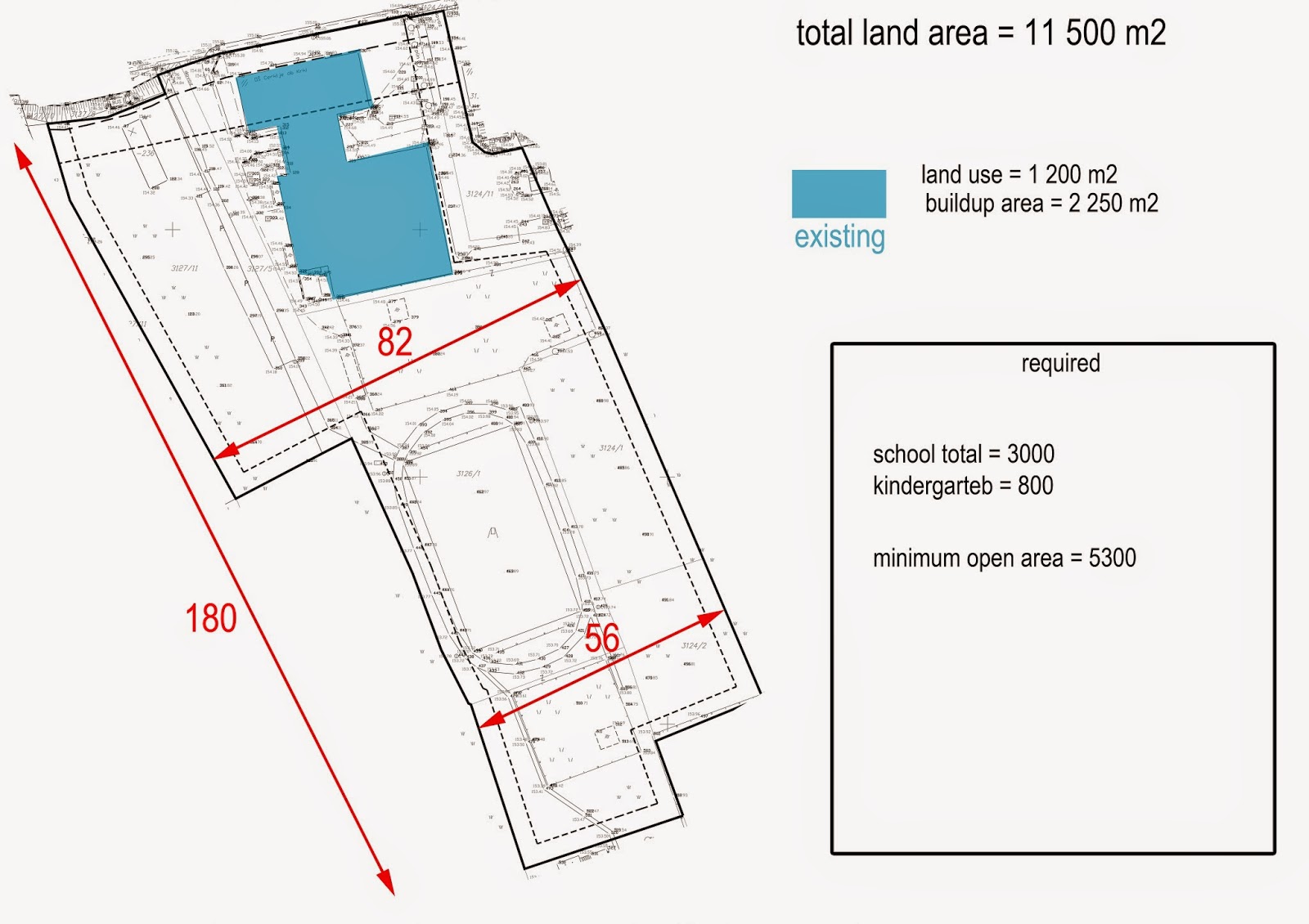 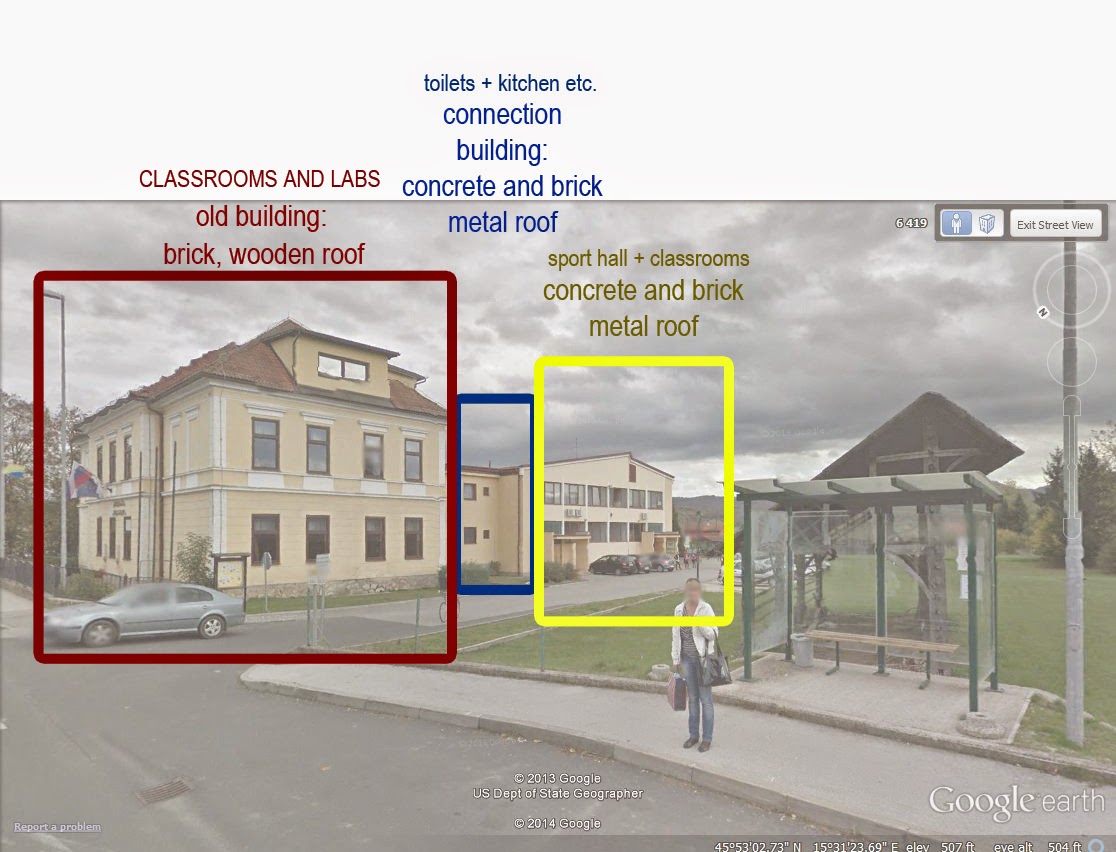 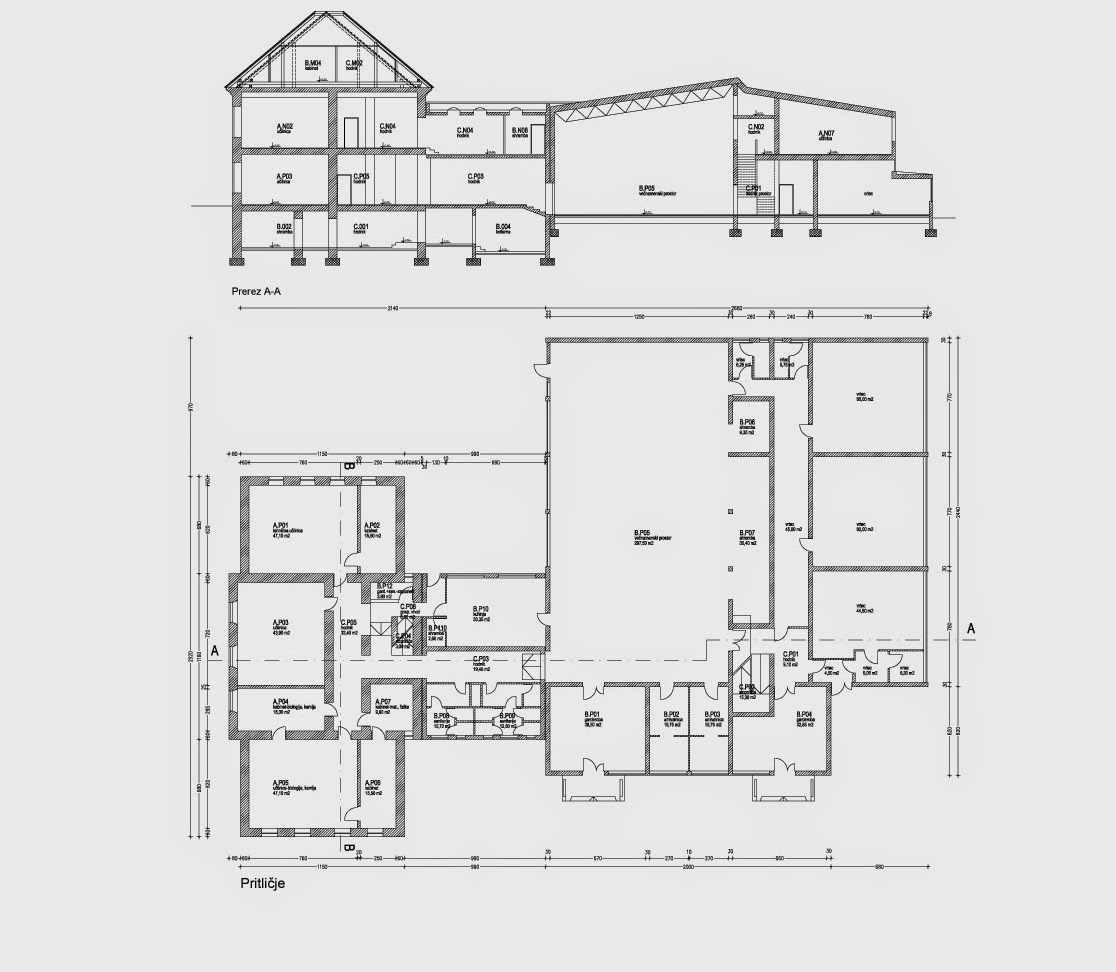 Concept:
Building As a Kozolec

The idea behind the project is to make the old school building protagonist of a public space in which the new building acts as a " scenic backdrop ". This space brings together all the various functions in the school complex , but it is also a public place, where parents and children can stop before and after school. We believe that this significant space is generated by the dialogue between the volumes of the old school and the new one. The whole area is set up as a " plate " that holds the stone-paved pedestrian areas, parking places , parking lots, green islands, etc ...
The facade of the new school mentions in a clear manner the traditional wooden architecture, and defines the space of the school not only from the architectural point of view . Is in fact the limit beyond which are accessed the various school functions and that is closed out the open 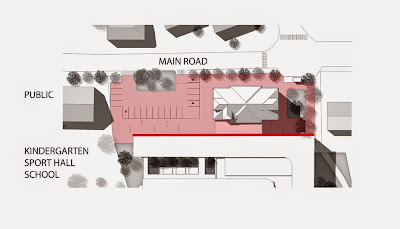 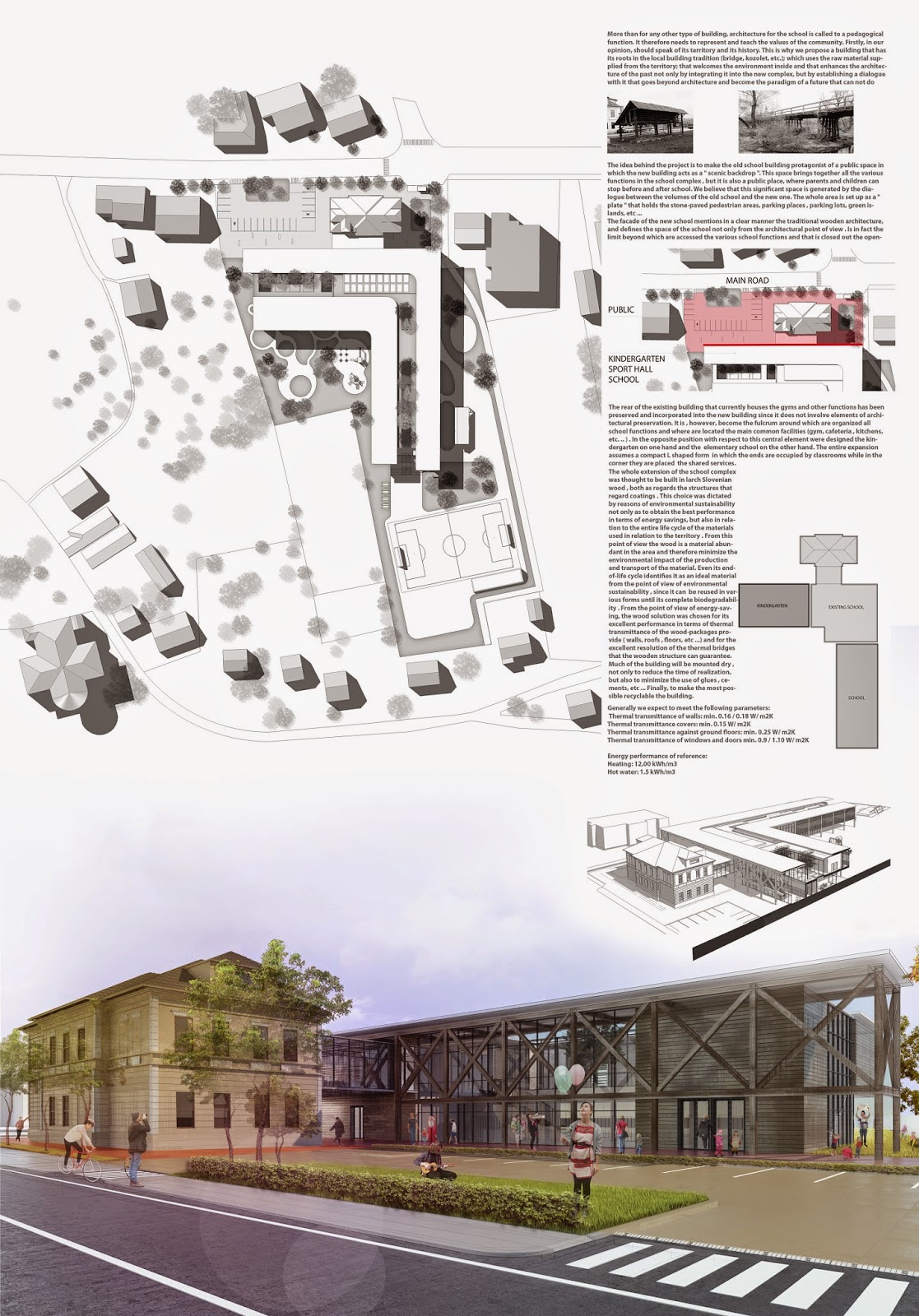 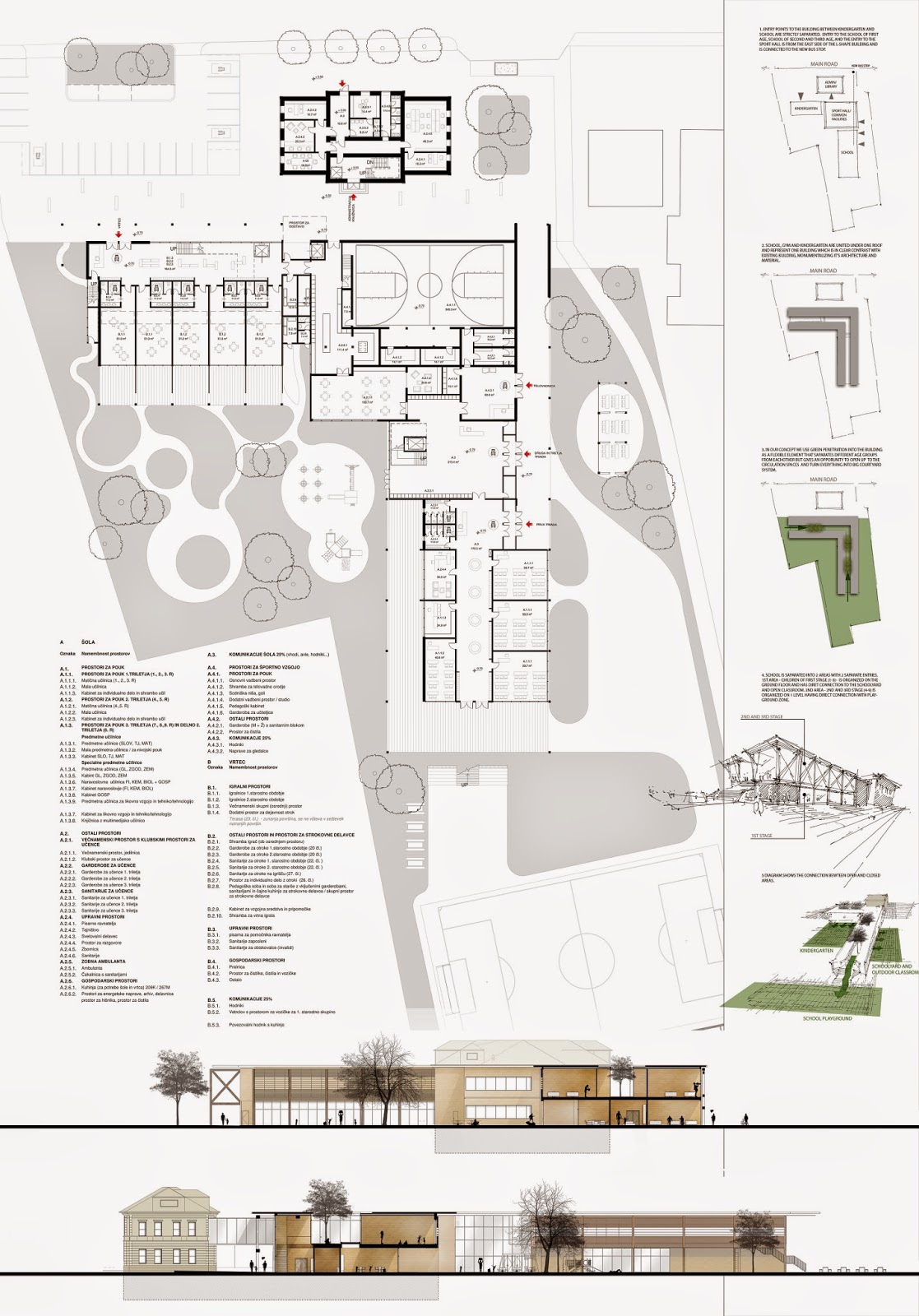 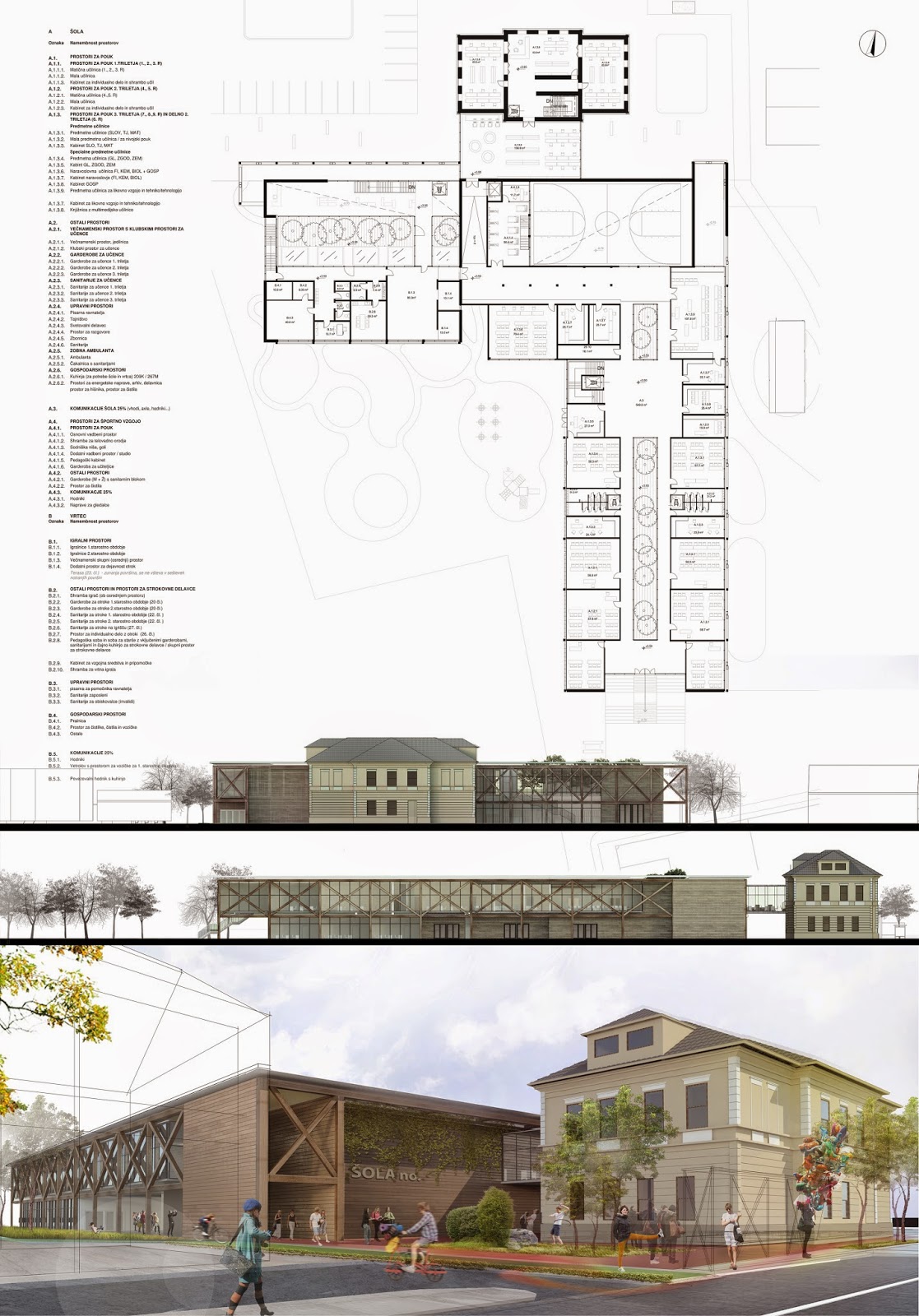