Stair Street Competition was organized by Municipality of Istanbul together with Stairsteps producting company “Seranit” for Istanbul Cultural Capital of Europe 2010. Competition was opened on 8 main Stairstreets which are the connection bridges between districts on the different levels.

TASK: To create new design for the exhisting Kirkayak Str.(Stairstreet). As for the connection stairs and recreational zone for locals.

OUR CONCEPT: “Stairs as a carpet thrown over the topography + Op Art”.  Every human is in different sizes and searches a place for his own parameters… Street Represent the Cloud or Open Cave shaped by the openings of the southern building and existing Topography.
Stairs are connecting and separating, so if one step is 15 cm, two steps together gives us 30 cm what is the better size for children’s chairs, or 3 teps would give us with 45 cm chair etc periodically organically transforming into Amphitheatre.
The circulation line of the stairs is in two colors – white and grey, as a piano keyboard.  it represents our Joke in this project. We believed that it would give the playground atmosphere as well as define the main route.
It was designed a structure with the name “hangman” where the lightening cube is hanging with the thin rope  on a massive L-shape steel structure. And the LED lightening to be fixed  under the stairsteps.
It was impossible to make a ramp for invalids because of the big height and lack of territory. It was proposed the invalidplatform that is fixed on the handrail.
The Steps near the the house entrences are filled with grass, it represents the visual barrier between public and private spaces. 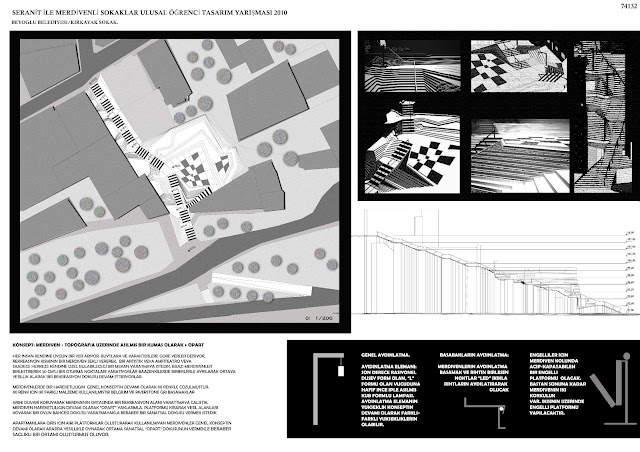 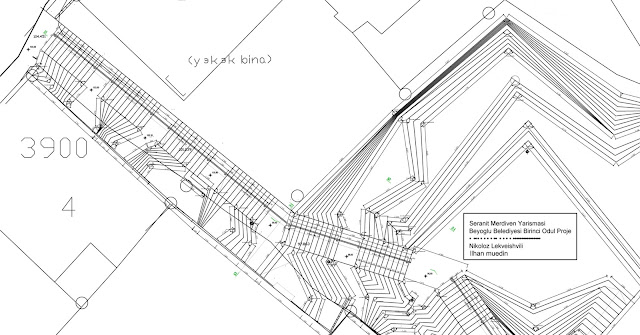 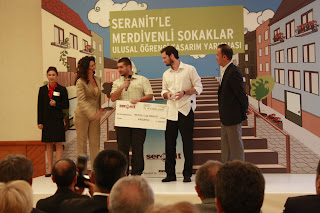 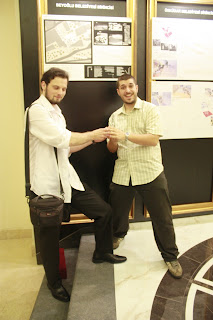 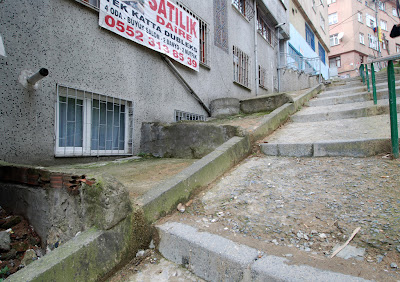 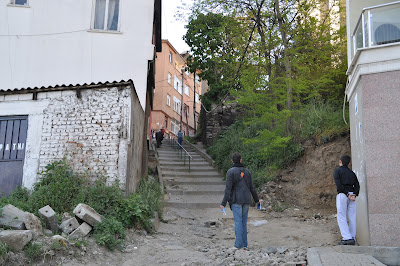